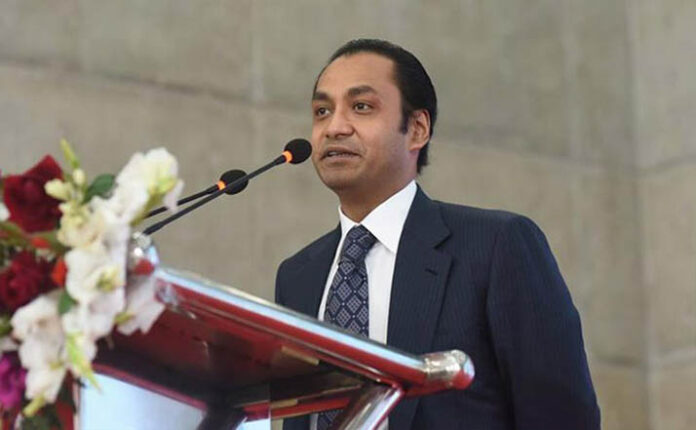 Sayem Sobhan tied a knot with Mrs. Sabrina Sobhan who is a director of Bashundhara Group. Together the couple has two children and passing a happy conjugal life residing in Dhaka. Sobhan had a girlfriend named Musarat Jahan Munia who committed suicide in a flat at Gulshan, Dhaka on April 26, 2021. And Anvir is suspected for the suicide of Munia.

Sayem Sobhan Anvir was born on 31st January 1981 in Dhaka to Ahmed Akbar Sobhan and Afroza Begum. His father, Ahmed Akbar Sobhan is the founder and Chairman of Bashundhara Group. Sayem studied at the King’s School in Ely, Cambridgeshire. Then he enrolled in American International University in London where he got a degree in Bachelor of Business Administration or shortly B.B.A. in 2001.

Sayem started his career as a Managing Director of Bashundhara Group in 2001. Bashundhara Group launched its business with Real Estate Company, but now they drive more than 20 businesses including construction inputs, heavy steel and engineering, paper and pulping, alternative energy, media, maritime transportation, information technology, international trading and so on. He executes his duty perfectly to operate the largest industrial group in the country. His devotion to work, sincerity, honesty, and reformation of the organization help to achieve such tremendous triumph in every part of the business. Actually, he added a new dimension to the history of the Bashundhara Group.

For his commercial contributions, the Government of Bangladesh declared him as a CIP, which means Commercially Important Person in Bangladesh.

He is the managing director of Bashundhara Group but his astute leadership helps the group to expand its business in various sectors like paper and pulp, food & beverages, shipping, media, shipbuilding, and trading. But the company started the journey with its real estate business but it touches near about every sector of business. The big part of the company is, it has created employment for more than fifty thousand people that make it the largest business group in the country.